View cart “Earthquake!” has been added to your cart. 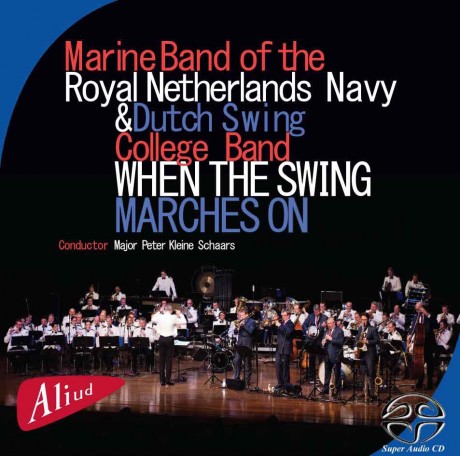 When the Swing Marches On

Joining forces, a spectacular LP was released in 1968 with the apt title: When The Swing Comes Marching In. Countless joint performances followed to sold out Dutch theatres and many requests have resulted in this new, unique recording, full of fresh swinging arrangements complemented by successes from the olden days.

The Marine Band navigates with playful ease as the all round musical ambassador of the Royal Netherlands Navy between military ceremonial and international concert halls.

Through an enormous repertoire of traditional music to swing music the 53 selected musicians show their high class ‘expertise in versatility’.
The Dutch Swing College Band, Netherlands leading and best known jazz orchestra, winner of a.o. Export Award, Gouden Notekraker, Edison and Bird Award continues to guarantee professional interpretations of traditional jazz music as a world standard. The band is THE representative of Dutch Jazz and plays worldwide with great success to this day.