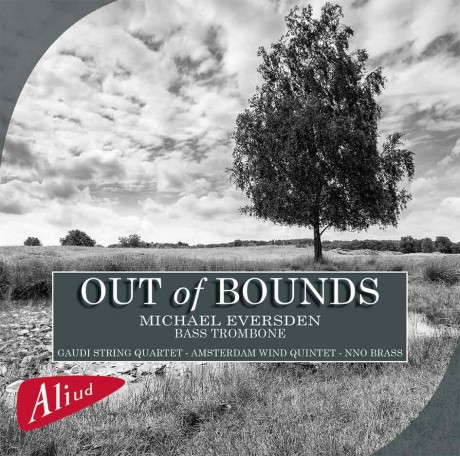 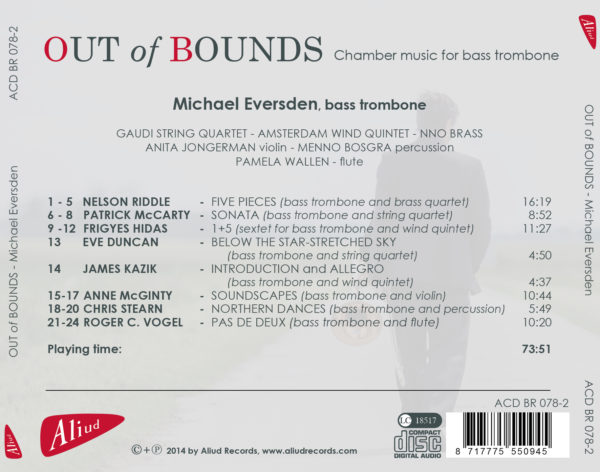 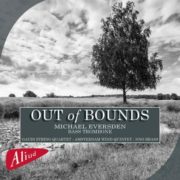 Out of Bounds contains interesting and little known 20th and 21st Century music for
bass trombone in a chamber music setting. The instrument is rarely heard as the soloist
with chamber ensembles and most of the pieces on this disc are rarely performed or
have not previously been recorded. The bass trombone can be heard running as a rich
thread through the works.

Michael Eversden was born in England and grew up in the rich musical scene of
the London Borough of Redbridge. He was a member of the Redbridge and Essex
Youth Orchestras and from 1975 to 1978 the National Youth Jazz Orchestra (NYJO)
appearing throughout the UK. Michael studied bass trombone at the Royal College of
Music under Gerry McElhone, bass trombonist with the Royal Opera, Covent Garden.
In 1980 he was appointed as principal bass trombonist with the North Netherlands
Symphony Orchestra (NNO) and has since worked as a freelancer with nearly all the
major Dutch and British orchestras. He is a founder member of the Dutch Brass and
The Trombonauts (educational concerts for junior school children), teaches at the Gro-
ningen College of Music and also composes and arranges music for the bass trombone and other brass