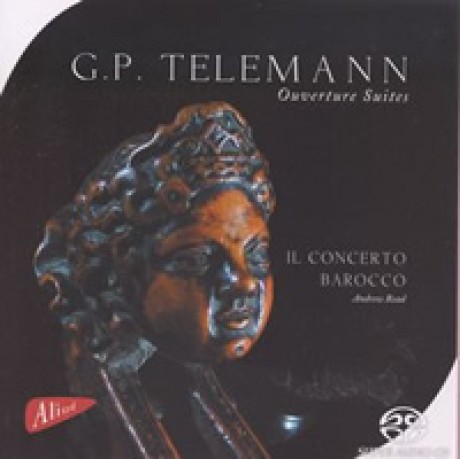 During the early 18th century the ouverture (suite) enjoyed great popularity at the German courts. While Johann Sigismund Kusser was the first to add a French ouverture to the German suite, Georg Muffat is generally regarded as the composer that introduced the French ouverture to Germany with his publication of “Florilegium primum [1695”] and “Florilegium secundum [1698]”. Georg Philipp Telemann, along with J.S. Bach, Graupner and Fasch, developed this genre into the form known simply as the “ouverture”. The title “overture”, should be understood here as the abbreviated form of overture with all the airs and dance movements.