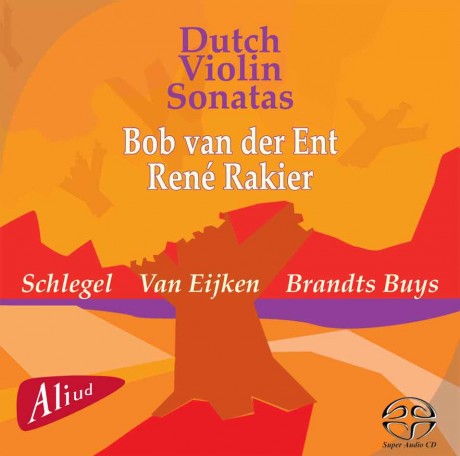 Thanks to the well-known Dutch violinist, Willem Noske (1918-1995, a great advocate of those Dutch composers who have been unjustly forgotten), several works from these Dutch composers, dating from around 1840-1930, have been assessed as works of international quality. This also includes the three sonatas of Schlegel, van Eijken and Brandts Buys, which are recorded on this CD. Pianist René Rakier, who performed and worked with Willem Noske for several years, and violinist Bob van der Ent, met one another at the Dutch Music Institute during the presentation of Willem Noske’s biography. They decided to bring several sonatas by these Dutch composers back to the public’s attention. In the meantime, they have already made several successful appearances at numerous chamber music events, as well as for radio and television. The above-mentioned sonatas have been released on this CD to ensure that they do not fall into oblivion again.