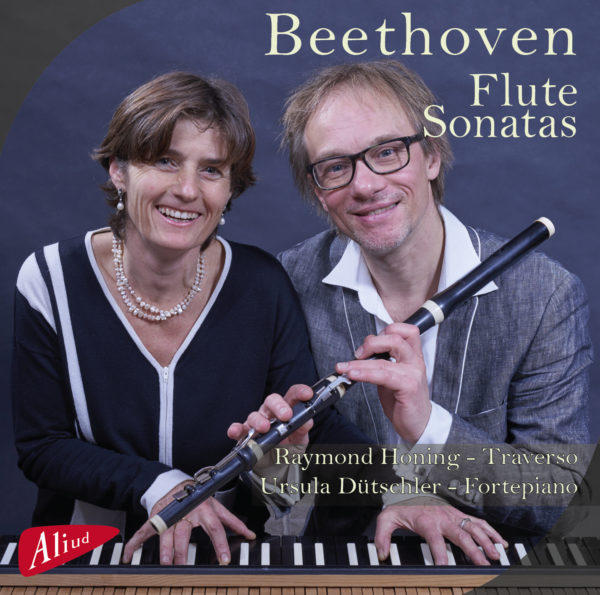 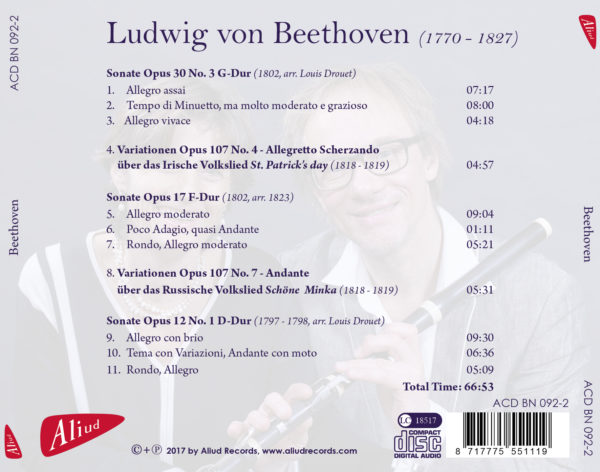 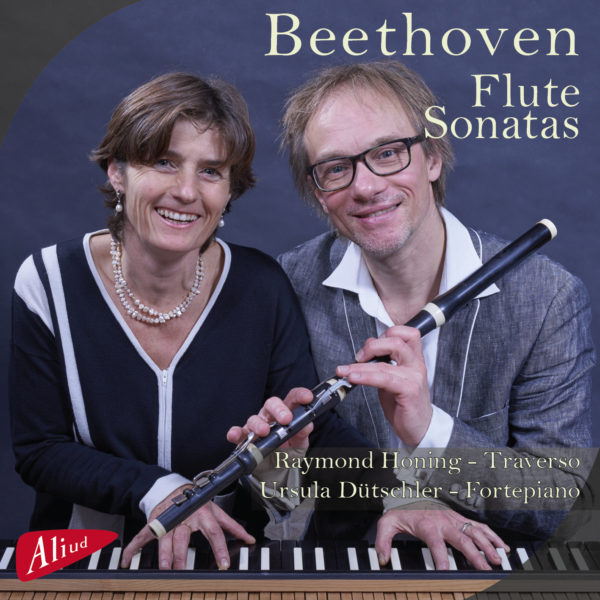 The Franco-Dutch flutist and conductor Louis Drouet (1792-1873) was one of the great soloists of his day. Born in Amsterdam, he began his career at the court of Louis Bonaparte, then king of Holland. The King was so impressed with the 15-year-old flutist that he presented him with a crystal flute by the famous Parisian maker Claude Laurent, a flute which today belongs to the permanent collection of the Rijksmuseum in Amsterdam. Drouet was later appointed to the court of Napoleon in Paris. Drouet quickly developed an international solo career, performing in much of Europe and even in the United States. With his friend, Felix Mendelssohn-Bartholdy, he made concert tours to London and Paris in 1828 and 1829.

his album was preceded by a great number of concerts, allowing us to delve deeper and deeper into the amazing world of Beethoven. We do not see this recording as an end to our journey, but merely as a stop along the way. In the years to come, we will surely play beautiful and inspiring music by other composers, but the rich music of Ludwig van Beethoven will continue moving with us. And changing with us.

As it should. Never a dull moment with
Beethoven!
Raymond Honing

Raymond Honing
belongs to a new generation of musicians that devotes itself to both early and contemporary music. Having attained three separate degrees from the Conservatory of Amsterdam, namely in flute, traverso and chamber music, he has pursued a career that embraces three centuries of music, performing everything from Baroque music on the one-key traverso to early Romantic music on the eight-key traverso to contemporary music on the modern Boehm flute, including the alto and bass flutes. His relentless exploration of new repertoire is driven by his strong sense of curiosity. What did a composer have in mind while writing,whether it was yesterday or 200 years ago? How will a piece impact the audience?

Ursula Dütschler
a native of Thun, Switzerland, began playing harpsichord at the age of five. She studied with Jörg Ewald Dähler at the conservatory of Bern and with Kenneth Gilbert at the Mozarteum in Salzburg. In 1990 she moved to the United States to pursue fortepiano studies with Malcolm Bilson at Cornell University.

Ursula Dütschler has won several competitions, including the International Harpsichord Competition in Paris and the International Erwin Bodky Competition for fortepiano in Boston. She has had an extensive and multifaceted concert career on both harpsichord and fortepiano. performing as a soloist and chamber musician in concert halls and at festivals throughout the world. She has performed with the orchestras such as Combattimento Consort Amsterdam, Orkest van het Oosten, Orchestre de Chambre de Lausanne, Orquesta Sinfonica de Galicia, Orquesta National de Barcelona y de Catalunia, Württembergisches Kammerorchester and the Zürcher Kammerorchester.