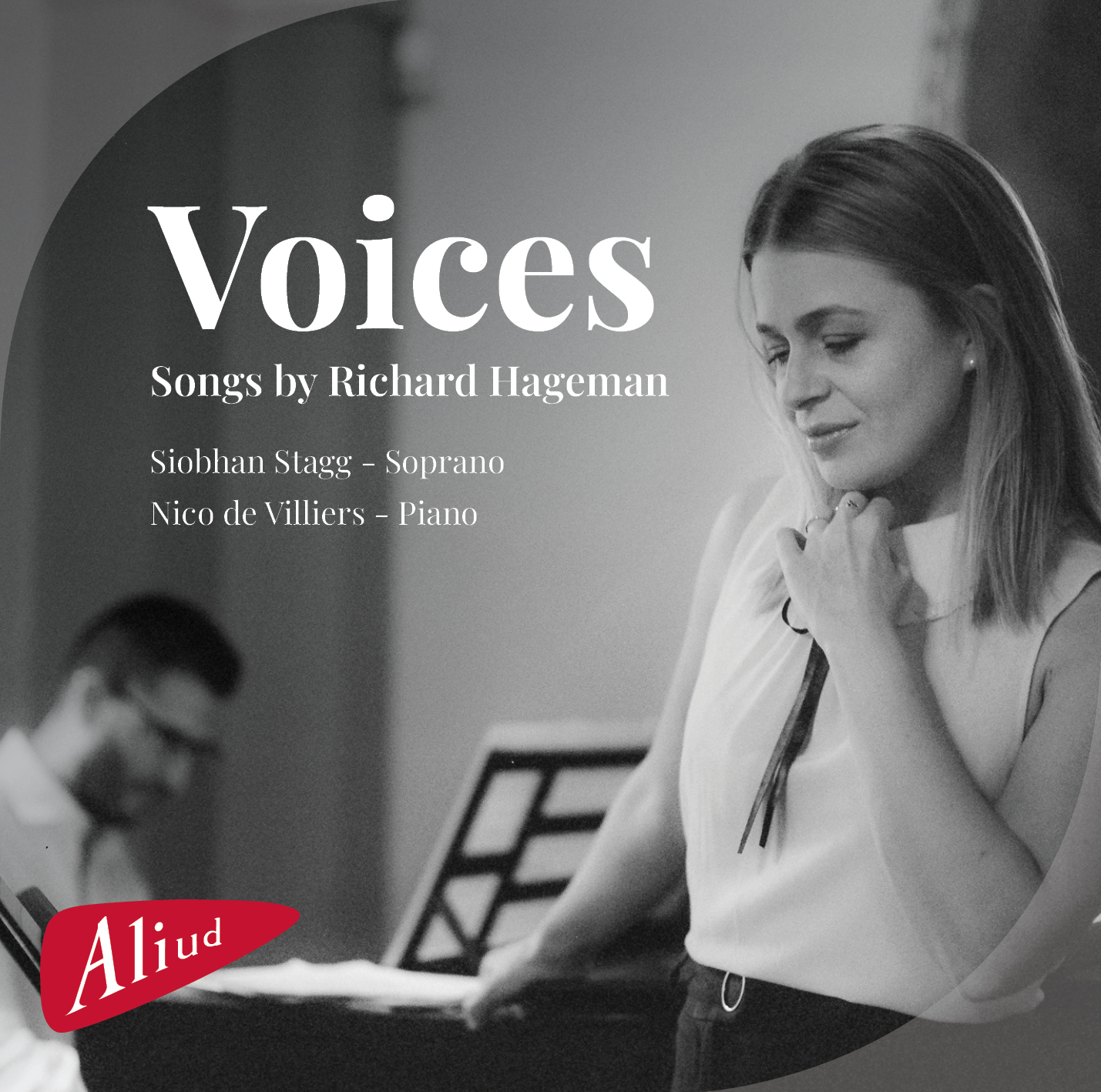 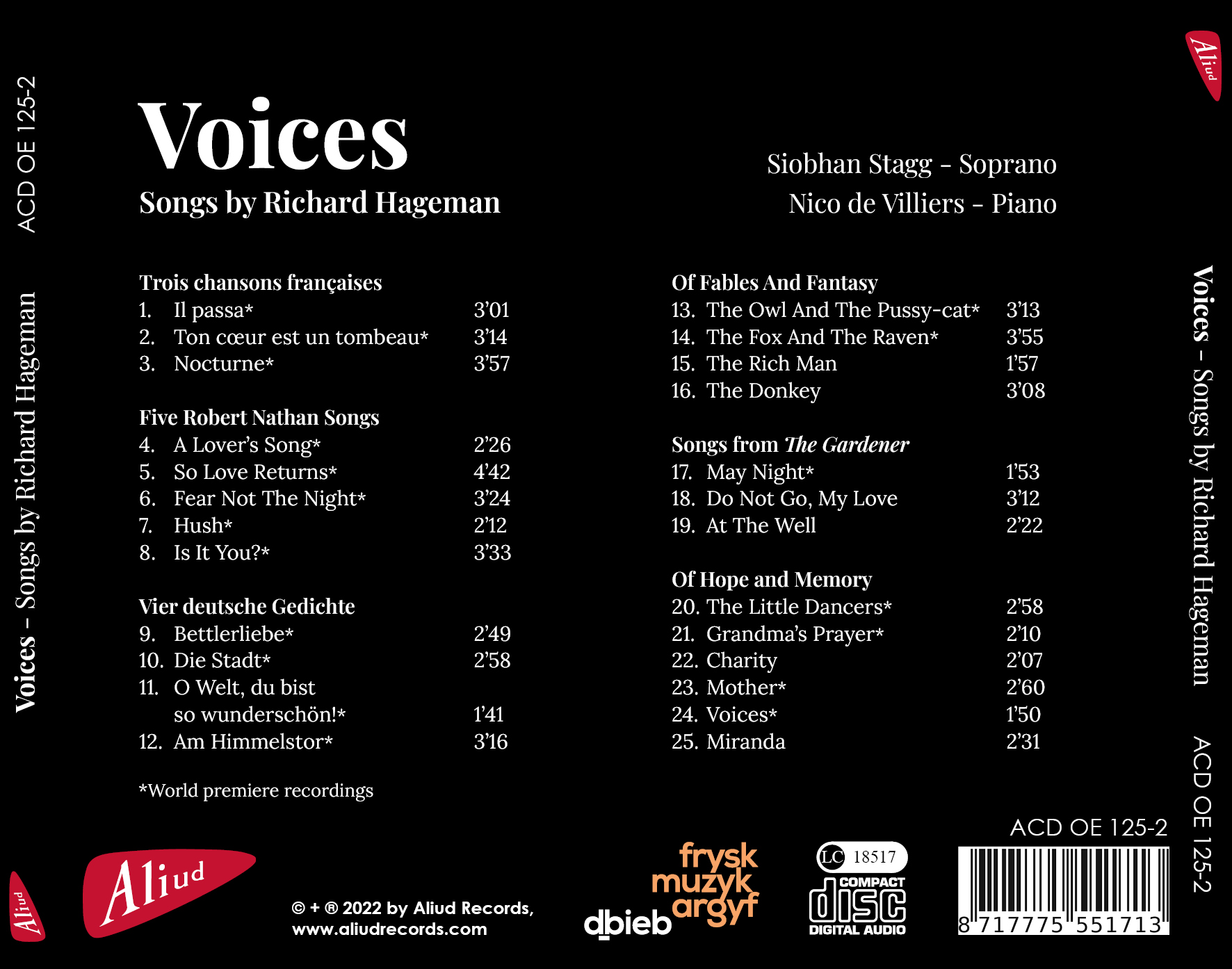 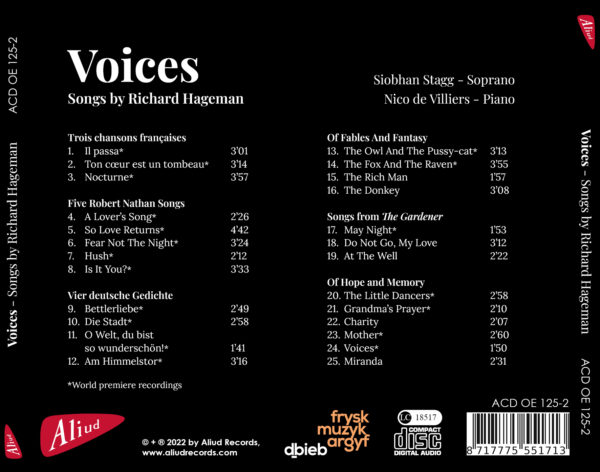 VOICES sees Soprano Siobhan Stagg and pianist Nico de Villiers present the first album ever to be dedicated solely to the songs of Richard Hageman. This album assembles more than two dozen of Hageman’s songs, the majority of which are world premier recordings.

Although Hageman was feted as a film composer in the latter part of his career, he started out as a song composer in the mid-1910’s. He published his first songs around the age of 35, a relatively late start compared to other composers such as Charles Ives or Samuel Barber who had already composed songs during their teens. When a Musical Courier journalist asked why Hageman had taken so long before taking up composition, he answered, “I felt that there was enough good music in the world without adding any poorer to it.” Hageman might be downplaying his own compositional ambitions here but by the 1930s he admitted that he was not a “champion of the ultra-Modernist school.” These comments suggest rather that he probably anticipated him drawing on the influences of those composers whose songs he played or whose works he conducted instead of following the lead of the avant garde composers who were gaining prominence between the two world wars.