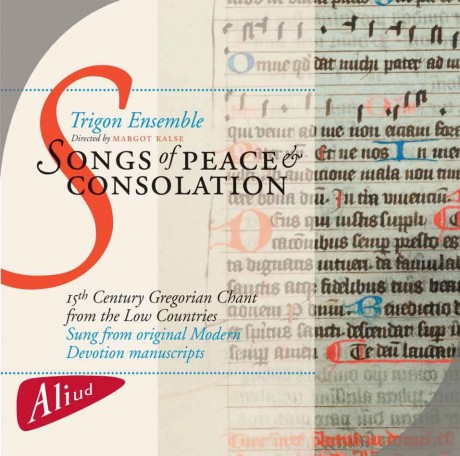 Songs of peace and consolation

This CD is part of the project “Gregorian chant and Modern Devotion in the Low Countries” of the Key2Singing foundation in
cooperation with TRIGON, vocal ensemble for medieval spiritual music led by Margot Kalse. The project is a plea for the
revival of this magnificent native spiritual music from the late Middle Ages. Unfortunately, this music is seldom
performed, and even more rarely so by professional ensembles such as TRIGON. This cultural-historical heritage has been
preserved in several Dutch and Belgian manuscripts, and some German ones, originating from monasteries and houses of the
Sisters and Brethren of the Common Life, as the Modern Devotion movement is also known. Fortunately a number of these
valuable medieval manuscripts have remained well preserved, following closure of the monasteries during the reformation.