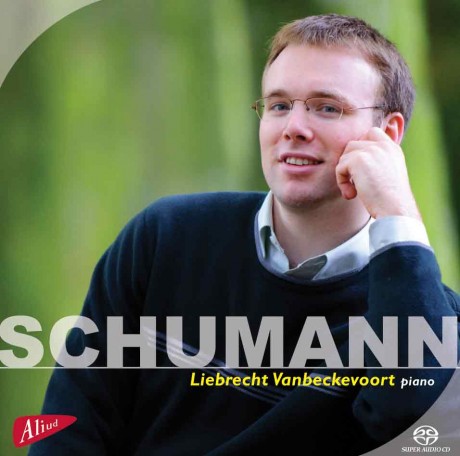 A drop of music from the deepest source

The course of life of quite a few composers of the 19th century has a continuous appeal to people’s imagination. That also counts for Robert Schumann (Zwickau, 1810 – Endenich, 1856).

Being the son of a bookseller, he has literary ambitions, but Schumann says about this: « how strange it is that I, there where my feelings prevail, I have to stop being a poet ». He interrupts his law studies (in Leipzig and Heidelberg) – a wish of his mother’s inspired by material concern – to start a career as a pianist. He takes lessons with Friedrich Wieck in Leipzig, one of the best but also most notorious piano teachers of that time. Before there can be talk of a pianist career, his right hand becomes partly paralysed (while studying he would have fixated his third finger to make the fourth more independent and powerful). In the meantime he has fallen madly in love with Clara Wieck, a celebrated piano player and the daughter of his teacher. Father Wieck implacably exercises his veto against their relationship, causing years of psychological warfare between them. In the end, only a legal procedure makes it possible for them to marry.
Schumann completely fails as a conductor. He constantly knows periods of restlessness, despair, dejection and heavy depressions. A suicide attempt – during the depths of winter, he jumps into the Rhine river in Düsseldorf – results in Schumann ending up in a psychiatric institution, where he dies two and a half years later.

«…I worked on those 30 small, funny pieces, from which I have chosen twelve which I have called Kinderszenen. You’ll love playing them, but not as a virtuoso…», Schumann wrote to his beloved in 1838. Eventually it were thirteen of them. Thirteen short pieces which he afterwards all gave a title. They are thirteen jewels, and every one of them belongs to the absolute top of what has ever been written in the instrumental, monothematic miniature genre. They are disarming and intensely poetic, free of all external bravura, but as far as the composition technique is concerned, they are constructed in a particularly ingenious way. « A drop of music from the deepest source », Hans Pfitzer wrote about number 7, Träumerei; this comment applies for every piece of the Kinderszenen.