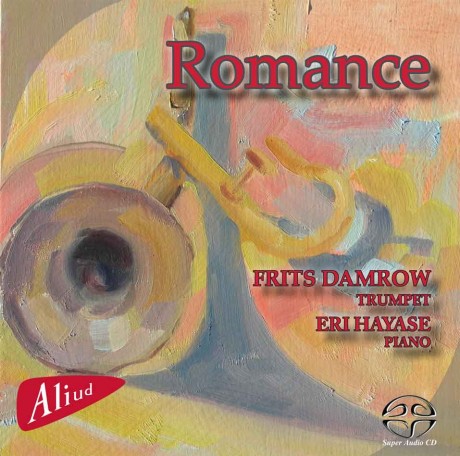 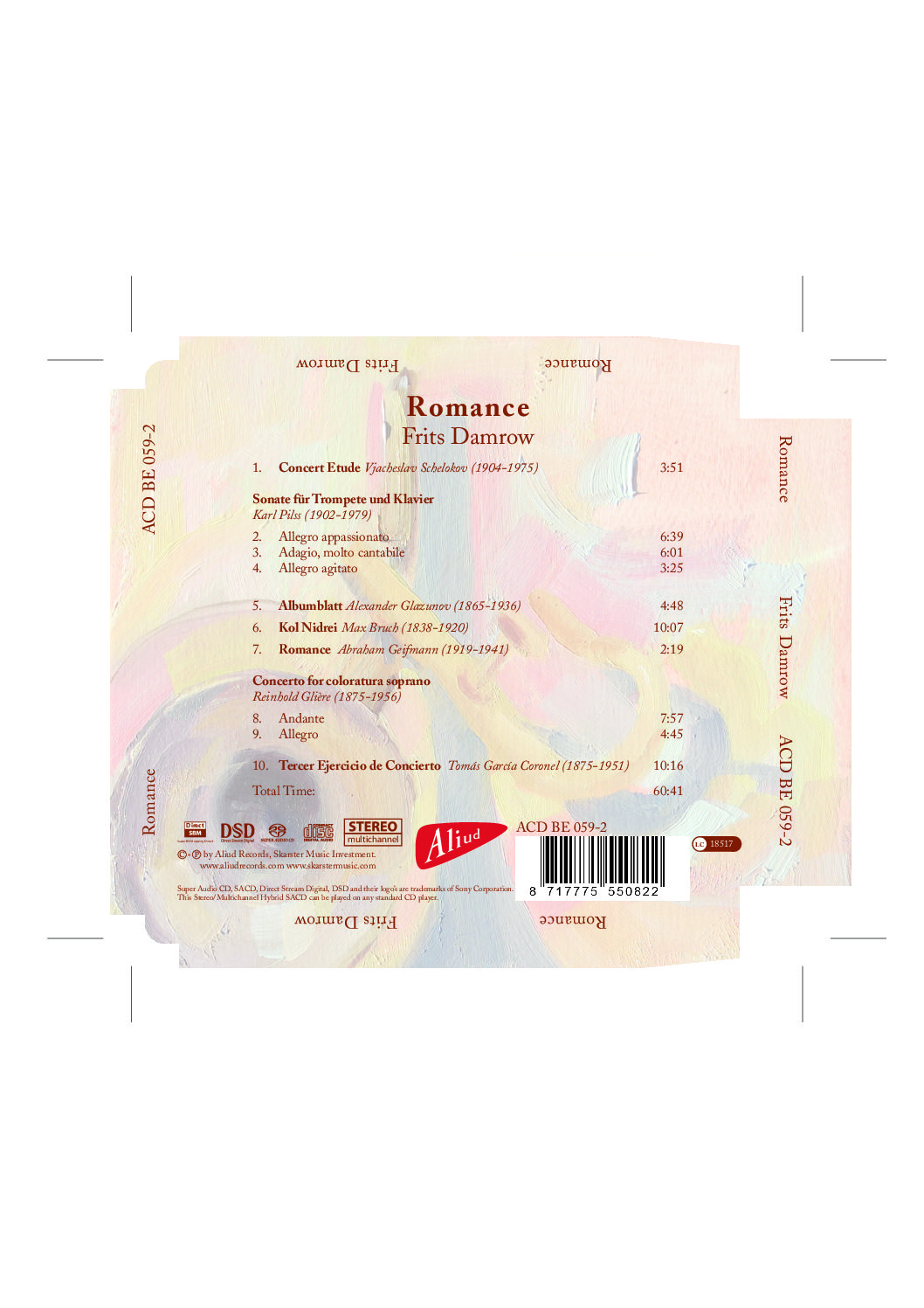 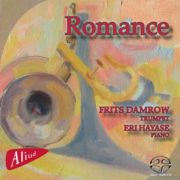 The trumpet in actual practice: sooner serves the goal rather than art. That may explain why the major Romantic composers ignored the trumpet as a solo-instrument in the 19th century, although the technical possibilities of the instrument had increased enormously due to the invention of the valves. In the orchestra literature, the trumpet was
always given the role of signal-horn; the versatile musical possibilities remained unutilised for a long time.

The collection of composers on this CD nevertheless wrote beautiful music, which gave the trumpet the opportunity to demonstrate itself in the role of sensory and subtle soloinstrument. The trumpet concertos of Beethoven, Mendelssohn or Strauss that were never composed are somewhat compensated with this pieces of music by less known composers.
Vjacheslav Schelokov (1904-1975), Karl Pilss (1902-1979), Alexander Glasunow (1865-1936), Max Bruch (1838-1920), Abraham Geifmann (1919-1941), Reinhold Glière (1875-1956) und Tomás García Coronel (1875-1951).

Frits Damrow held the position of the principal trumpet of the Royal Concertgebouw Orchestra Amsterdam from 1991 untill 2010. He was also active as a trumpet teacher at the Conservatorium van Amsterdam from 1993 untill 2010. As a chamber musician Frits Damrow played in different groups like the Amsterdam Bach Soloists, the Netherlands Wind Ensemble, the Ebony Band, the Brass Quintet and Brass Ensemble of the Royal Concertgebouw Orchestra. Since 2009 he has been Professor of trumpet at the University of the Arts in Zürich, Switzerland and since 2013 he is principal trumpet of the Sinfonieorchester Basel.