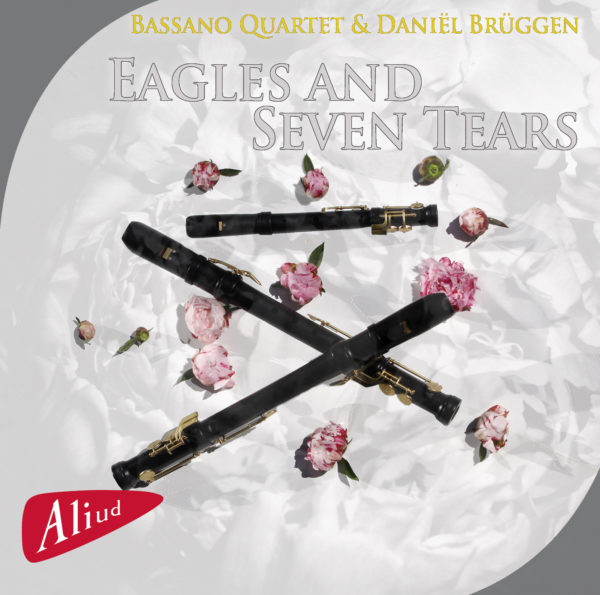 After the successful first CD ‘Torres del Alma’ with quartets from the Spanish Renaissance, the idea arose to create a second CD with new music and arrangements for the Eagle recorder and a unique performance of the ‘Lachrimae, or Seaven Teares’ of John Dowland with guest musician Daniël Brüggen. With this recording we aim to explore the extremes of the recorder quartet sound and forge new paths. Along with the medieval Aquila altera, the classical flute quartets of Haydn happen to sound excellent on a modern Eagle recorder. I arranged a saxophone quartet from Bob Mintzer and wrote a Chorale for two Eagle altos, a tenor and a bass.

Over the centuries many different recorder sounds have been in fashion. During the Renaissance the internal bore of the recorder was wide giving a round sound with rich lower tones. After the Baroque period the recorder developed into a narrow and strongly conical tapered model. This created a silvery sound and a brilliant virtuoso high register. After the Baroque period many beautiful recorders were designed but in the long term they could not capture the increasingly loud, romantic and fast chromatic modern sounds. This required recorders to be louder and a sound with strong fundamentals. The narrow Baroque recorders were frequently copied since the revival of the old music scence and forms the basic model for most recorders that are now
played. For the last 20 years I have worked to develop a better balance within the recorder sound. The Dream and Eagle recorders are the result of this quest. The lowest recorder
is the Sub Contrabass that is 3 metres long and the highest is a soprano in c’’’. A 16th Century sound has been transformed for the 21st Century!