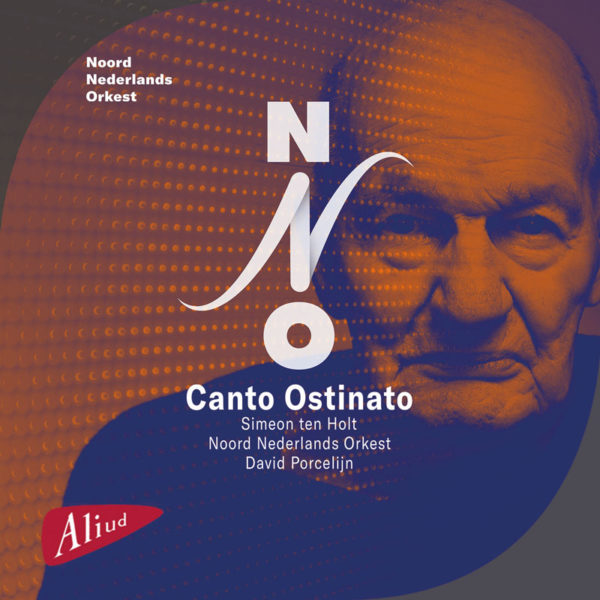 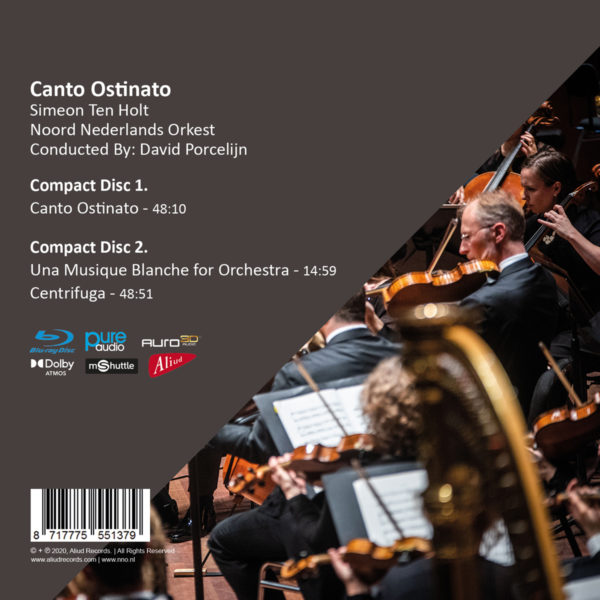 This Album contains the World Première recording of three unique orchestral works from Simeon Ten Holt, one of the Netherlands most iconic 20th century composers. The three works included on the album are performed by the Dutch Noord Nederlands Orkest, conducted by David Porcelijn and were recorded live in concert at the Oosterport in Groninging, the orchestra’s home concert hall. The release includes the first recording of Anthony Fiumara’s orchestration for Symphony Orchestra of Ten Holt’s seminal work “Canto Ostinato” along with two additional works by the composer, that for unknown reasons prior to this recording, had never been previously performed.

The album includes a Double CD, a Blu-ray disc with the program presented in Auro 3d and Dolby Atmos and extensive liner notes. Both Auro 3d and Dolby Atmos provide the listener with a three-dimensional realistic sound experience unlike anything before. Thanks to a unique ‘Height’ channel configuration, acoustic reflections are generated and heard naturally due to the fact that sounds originate from around as well as above the listener.