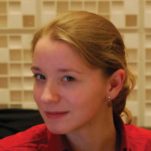 The Belgian pianist Stephanie Proot (°1987) studied at the ‘Royal Music Conservatory of Antwerp’ with Levente Kende. In addition, she pursued the ‘Diplôme Supérieur de Concertiste’ at the ‘Ecole Normale Alfred Cortot’ in Paris with Ramzi Yassa and took further classes at the ‘Queen Elisabeth Music Chapel’ in Waterloo (Belgium) with Abdel Rahman El Bacha. She completed her education with master classes by renowned teachers Jan Wijn, Alfred Brendel, Leon Fleischer and Dmitri Bashkirov. She has performed as a soloist at many prestigious venues both in Belgium and abroad, together with the Brussels Philharmonic, L’Orchestre de Chambre de Wallonie, the National Orchestra of Belgium, the Porto International Orchestra and the Zagreb Radio Orchestra alongside such great musicians as Augustin Dumay, Alain Paris and Theodor Guschlbauer. Stephanie’s excellent competition results secure her place in the international concert scene. Her list of awards include the Benelux Yamaha Scholarship, the sixth prize in the ‘5th Shangai International Piano Competition’, the second prize in the ‘International Piano Competition of the City of Porto’ and the first prize in the ‘Rencontre Internationale de Piano’ in Le Mée-sur-Seine. In December 2011 she was awarded the ‘Favorite’s Prize’ in the ‘International Telekom Beethoven competition Bonn’ by the public.