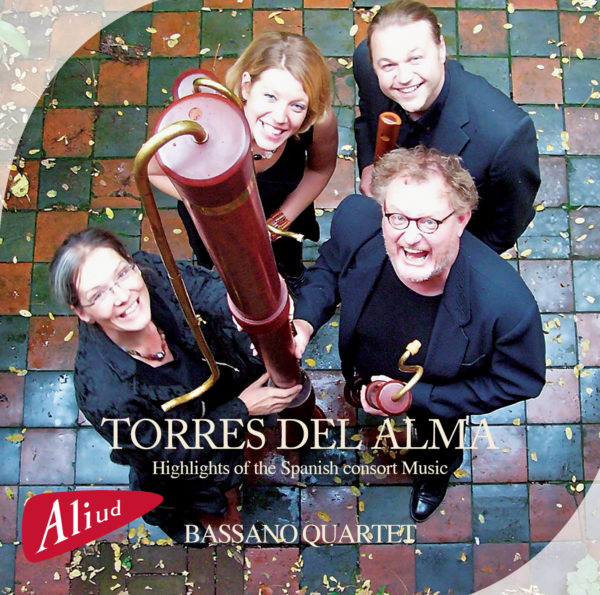 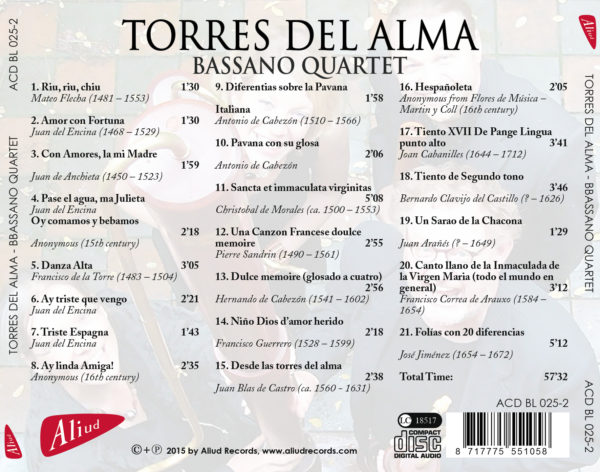 How do you create sounds from Spain in the 15th-17th century? The instruments of the Bassanos originate from a time when people still listened more to their souls and less with the idea that the brain is the centre of their existence. These widely drilled, slightly conical flutes with a flair at the bottom were built by the Bassano family, at first in their hometown Bassano near Venice and later from 1531 in England, until far into the 17th century. In 1568 the Spanish court bought a set of “flautas” from the Bassanos. Probably because at that time they were known as the best builders of these recorders and there were no workshops in Spain. By making copies of the original Bassano recorders and searching for the perfect balance in every piece, we tried to bring this Spanish 15th, 16th and 17th century music back to life. The enormous sub-Contra bass of three meters is also based on one of the Bassano flutes. We used this flute in “Desde las torres del alma”. These deep sounds make you contemplate to climb the towers of your soul. As the contemporary writer Teresa de Avila beautifully described in her “Interior Castillio”, the path to your “inner castle”. The Dream Recorders we play in the ‘Folias con 20 Differentias’ are based on the flutes of Schnitzer, a competitor of the Bassanos in Nuremberg. By using special techniques in the bore and some modern keys these recorders can be played with ‘modern’ (actually invented in the Baroque!) fingering. The Eagle G alto, which can be heard on this CD in “Danza Alta”, is one of the archaic prototypes and is based on the search for sounds in wide bore flutes. From this recorder originates the loud modern Eagle F alto with an octave key and keys on the foot.

“‘…I have to recommend, among some very fine playing indeed, two particular highlights which brings out the absolute best in the Bassano Quartet: Encin’s Triste que vengo and Sancta etimmaculata virginitas by Morales. The recorded sound is first-class.”

“An enchanting and unusual disc, which makes me suspect that I already have a candidate for my Record of the Year. Please don’t miss this one.”

“World renowned recorder quartet, Bassano, take us on a whirlwind tour of Spanish consort music, performed on some remarkable instruments.”