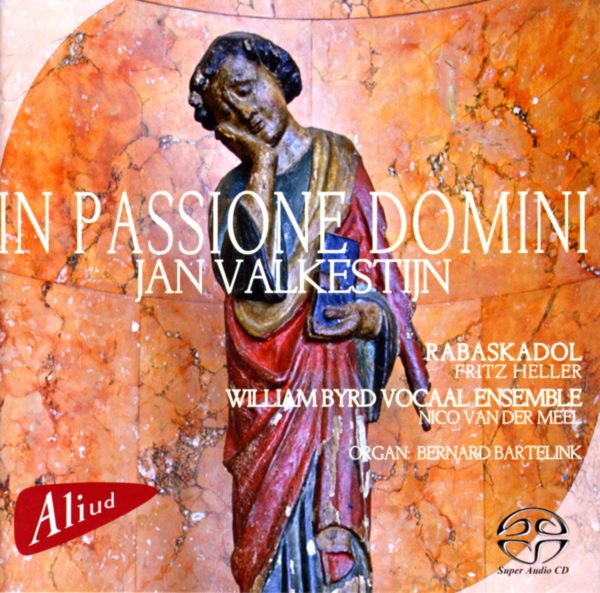 THE SUNG PASSION STORY
The passion story according to the four evangelists was already recited in early Christendom in the liturgy of Holy Week. One of the earliest reports dates from the fourth century. Pope Leo the Great (+461) reserved Good Friday for the passion according to St John ( Joh.18.1 – 19.42). Specifi c melodic formulas for the recitation of the passion were introduced at a very early stage. Until the thirteenth century, the passion pericope was read by a single person. In order to maintain the dramatic effect, the various personages were indicated by special letters and signs in the text.
Many settings of the passion story survive from the polyphonic age; written for the Catholic liturgy and largely in the responsorial form, they originate particularly from Venice and Rome, and were composed by Ruffo, Asola, Soriano and others. The turbae are usually written in a simple polyphonic style. The four musically more elaborate passions by Orlando di Lasso (written around 1580) and da Vittoria (1585) served as models until the seventeenth century. In the sixteenth century, the so-called Lied-passion arose in the Lutheran liturgy, employing either Latin or German. The prototypes were the St. John and St. Matthew passions by Johann Walter, a friend of Luther. Walter’s example was followed in the seventeenth century by Heinrich Schütz, who cultivated and developed both forms, paving the way from about 1650 for the oratorio-passion, with its interpolated musical refl ections and contemplative episodes, both vocal and instrumental. The eighteenth century witnessed the climax of this development in the oratorio passion, with its commenting da capo arias. The grand masters of this genre were Johann Sebastian Bach and Georg Philip Telemann.