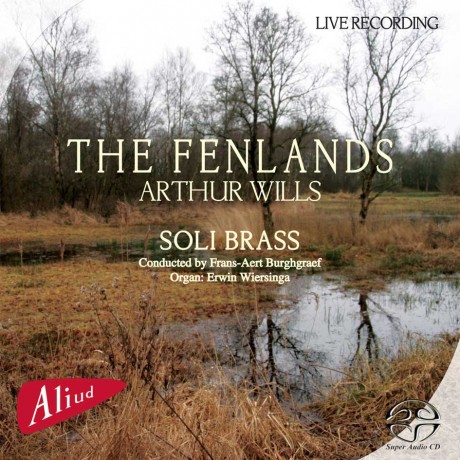 The Symphonic Suite The Fenlands by the English composer Arthur Wills formed the pièce de résistance of the Cathedral Brass concert that took place on September 13, 2008 in the Koepelkerk in Leeuwarden. In this captivating and challenging composition, the composer reaches a beautiful synthesis between the brass band and its natural musical partner: the organ. The program also contains two rarely performed organ works by the English composer Percy Whitlock: a simple Folksong and a virtuoso Divertimento. The closing movement of Camille Saint-Saens Organ Symphony forms a finale to this set. “Just as I am” is an arrangement of a song by Wilfred Heaton, a piece from the Salvation Army repertoire. “Angels Watching Over Me”, also comes from the Salvation Army, but was recorded in the studio in 2006, here included as a special bonus track.