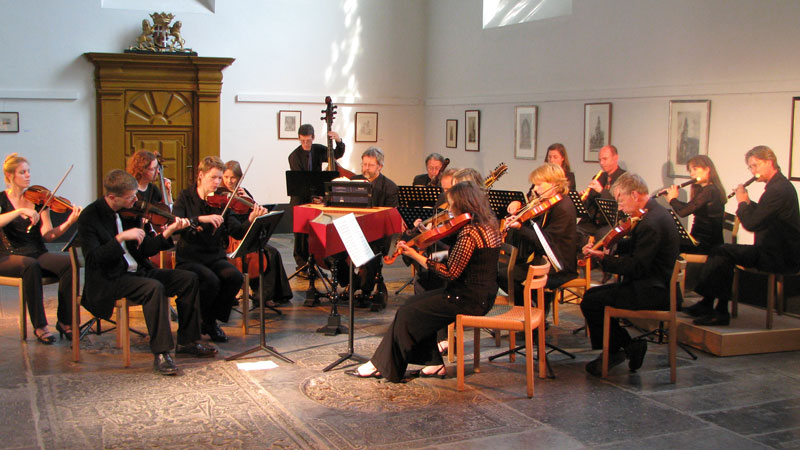 in Artists
by Jos Boerland

Literally translated, Ill Concerto Barocco means “the baroque concert”. This name was chosen as it best describes what this ensemble is about. Ill Concerto Barocco is an ensemble accommodating a wide range of instrumentations ranging from small chamber music settings to full baroque orchestra. The basic principle of the ensembles performances is that the music performed is best served by the instrumentation and performances practices developed and used in the period that the music was conceived.

Founded in 2002 by bassist and artistic director Andrew Read, Ill Concerto Barocco has become one of the most successful Baroque Orchestras in the Netherlands. The orchestra has performed throughout the Netherlands and Germany and welcomed many of the early music worlds most respected soloists and vocal ensembles. In addition the ensemble presents a regular series of concerts in their home concert venue the Waterstaatskerk in Hengelo, the Netherlands.

As mentioned above, the orchestra specializes in the performance of music from the 17th centaury with a focus on repertoire from lessor know composers from the period. This can be evidenced by the unique recordings of the music from composers such as Henry DuMont, Carolus Hacquart and the World premiere recordings of two works from Johann Heinrich Schmelzer available on Aliud Records (Sepolcro ACD HN 017-2). Next to the endless search for unique repertoire, Ill Concerto Barocco has also focused their attention on more standard repertoire such as the Ouverture Suites from Telemann (ACD-HA-009-2) and the highly praised recording of G.F. Handel’s Concerti Grossi opus 3 ( ACD-HJ-039-2).