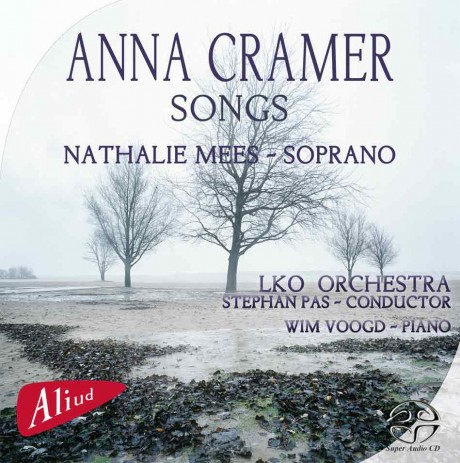 Anna Merkje Cramer (1873 – 1968)
Anna Cramer was born in Amsterdam on July 15th, 1873. She studied at the Conservatory of Music in Amsterdam, and on her graduation in 1897 she travelled to Germany to study composition with Wilhelm Berger and Max von Schillings. She enjoyed some early successes, and in 1906-07 several of her songs were performed in The Netherlands and Germany. Between 1907 and 1910 her songs op.1 – 4 were published in Germany.
The time she spent in Germany and Austria brought Anna Cramer into close contact with the latest compositional developments of the day. Her songs are products of German romanticism, although she created her own distinctive style. Despite not being avant-garde by the standards of the early twentieth century, Cramer was capable of writing passages of striking modernity. She felt her debt to Wagner and Strauss, and acknowledged the influence of Mahler, Wolf and Berg, but also incorporated features of folk music and cabaret into her songs. It would appear that Cramer often composed with an orchestra in mind, and Jeppe Moulijn’s orchestration of her Sechs Lieder, op.4 is a natural step forward in the exploration of her oeuvre, which is still widely unknown.
LKO Orchestra – Stephan Pas (Conductor)
Nathalie Mees – Soprano
Wim Voogd – Piano