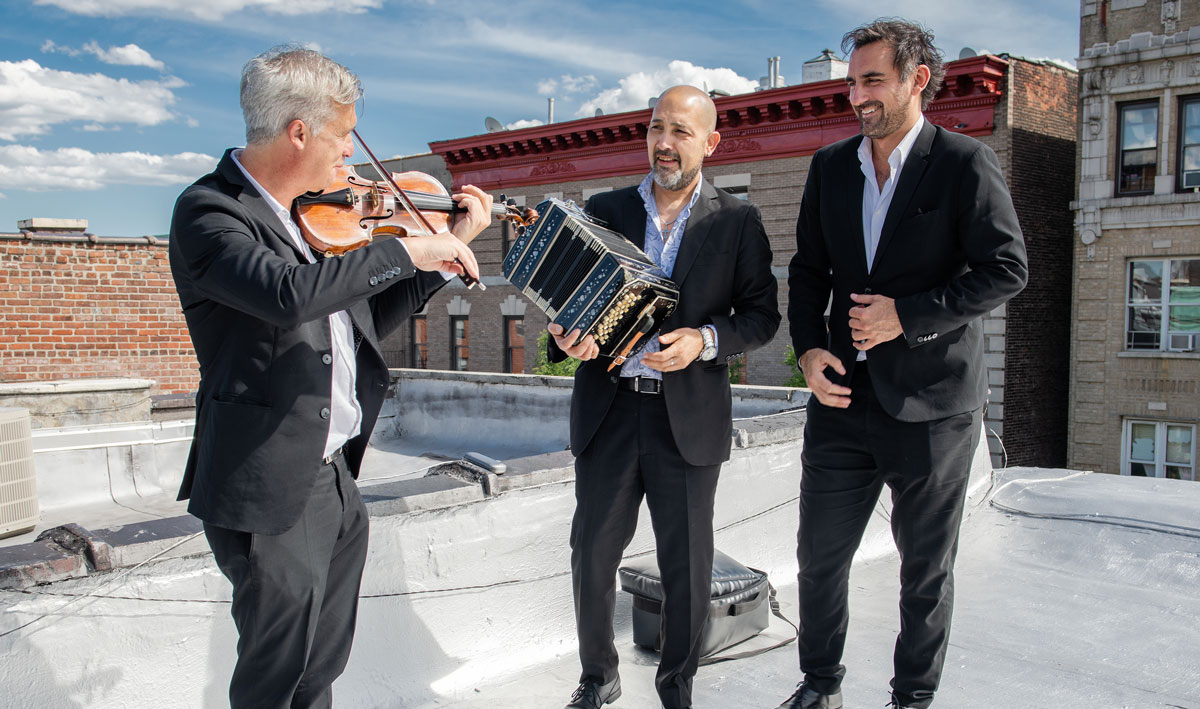 Today we’re proud to announce the release of the debut album from the Romo-Agri-Messiez Tango Trio.

This album, featuring three of today’s best-known proponents of the style, Pablo Agri, Horacio Romo and Emiliano Messiez, is a trio recording presenting a format that is somewhat unconventional in the tango world. The most famous setting for tango music is, of course, the “Orquestas Típicas” often including over a dozen performers however, smaller formats featuring four to six players are also popular. The typical trio format found in tango music consists of piano, bandoneon and double bass. Speaking about the line-up of this trio, pianist Emiliano Messiez said “It’s not that common to find a trio setting with piano, bandoneon and violin. When we first started to talk about this project, we were worried that the bass sound would be missing, however once we started playing, we realized that this is not really an issue.”

The album contains largely original compositions, written by each of the trio’s members. Pablo Agri explained further. “We each contributed two new compositions on the album, Horacio’s solo piece is a new composition and the rest of the material we recorded are arrangements of well-known pieces.” For Horacio, Pablo and Emiliano, the tango tradition is very important and the music on this album definitely reflects this. A quick read of the musicians’ biographies will show that all three have a long and distinguished history playing traditional tango music. However, this was not the idea behind this trio. Horacio Romo continued, “We didn’t want to be a ‘traditional’ trio just playing traditional tangos. We thought of this project as something different but at the same time we wanted to give due attention to the tradition. We decided that we would play original music – our music – creating a new sound, new music and a new trio”

That said, you will find two of the most traditional tangos of all time included on the album, both wrapped in new arrangements. Pablo brought in a new arrangement of “Por Una Cabeza” and “El Choclo”, one of the most famous tangos ever composed arranged by tango legend, Julian Plaza. Emiliano explained “We all like this song but we particularly love this arrangement, Horacio played in Julian’s orchestra many years, so he knows it very well.”

Pianist Emiliano Messiez, when speaking about how this project came about explained “When we decided to put this trio together, I had already been playing together with Horacio in the show “Forever Tango”. He also played with my own orchestra Tipica Messiez. We’d often play together as a duo, but he often suggested we ask Pablo and put together a trio. So, I guess it was actually his idea.” Prior to this, Emiliano had not met Pablo but coincidently he did know his father, Antonio. Antonio Agri was a neighbour of Emiliano’s family during his youth in Buenos Aires. A violinist himself, Antonio was very well known in the scene due mainly to his many years playing with Astor Piazzolla. “Antonio was our neighbour, in fact as a child I even took violin lessons from him.” explained Emiliano. He went on to say, “To be honest, I found the violin far too difficult and that’s when I decided to switch to piano. As a beautiful, and unforgettable gesture, Antonio gifted our family one of his violins, I have the instrument with me here in New York. Pablo got to see this violin, his Dad’s violin, 30 years later when we formally met.”

As mentioned above, the idea to found this trio stemmed from Horacio and Emiliano some time ago yet, the first time the three actually played together was in the summer of 2021 when the trio performed at the Philadelphia Piazzolla Festival. According to Meredith Klein, the Director of the Festival and the Philadelphia Argentine Tango School, this performance was an unforgettable experience for everyone who was there.

Fast forward twelve months and an opportunity developed to record the trio. Recording engineer Luis Bacqué from Bacqué Recording Studios in New Jersey had become aware of the trio and offered to produce this album. With this in place, Emiliano travelled back to Buenos Aires to work with Pablo and Horacio to prepare material for the album. In June 2022, almost exactly one year to the day of the trio’s first-ever performance, Pablo, Horacio and Emiliano entered the studio. The results are presented here on this Album. 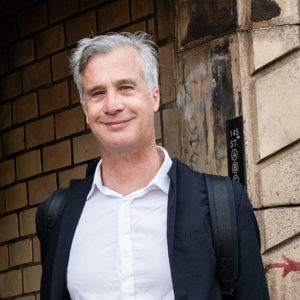 PABLO AGRI
Grammy Award winning violinist, Pablo Agri brings a wealth of experience and recognition to Romo-Agri-Messiez Tango Trio. He comes to tango music naturally as the son of Antonio Agri, the violinist for Astor Piazzolla. Among his many accomplishments, he is the solo violinist on several Grammy Award-winning albums, such as the “Cigala Tango”, recorded with Diego El Cigala in 2011 and in 2018 he recorded “Bien Milonga” with the Orquesta Nicolas Ledesma. As the Director of the Camerata Argentina, a string orchestra performing Argentinean music, he has performed with the most important national artists; such as, Susana Rinaldi, Nestor Marconi, Amelita Baltar, Julián Plaza and many others.

Agri is also a highly in-demand soloist who has performed with many of the world’s most renowned orchestras and ensembles including performances with Royal Philharmonic Orchestra of Galicia (Spain), Latvian Symphony Orchestra, and, he is a member of the mythical “Sexteto Mayor”. 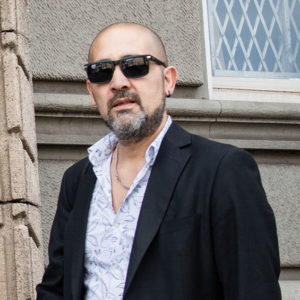 HORACIO ROMO
Horacio Romo is a world-renowned bandoneon player. As a soloist, he has played Astor Piazzolla’s Concerto for Bandoneon and Orchestra with orchestras throughout the world including the Los Angeles Philharmonic (receiving an Emmy Award as Best Latin Concert), the London Philharmonic Orchestra to name a few.

Having performed with the most important Tango orchestras in Argentina, Romo is equally at home collaborating and performing with such diverse artists as Julio Iglesias, Lalo Schifrin and renowned tango singers, including Roberto Goyeneche, Alberto Castillo and Rubén Juárez. Romo has appeared on over 100 albums and participated in the documentaries “Café de los Maestros” and “Si sos brujo”. In addition, he is the music director and first bandoneon of Sexteto Mayor, the legendary orchestra with more than 45 years of trajectory and leads his own group, the Horacio Romo Sexteto. 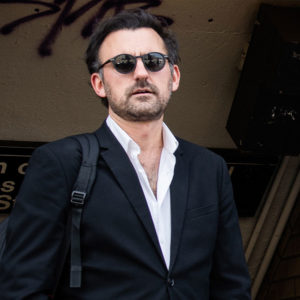 EMILIANO MESSIEZ
Born in Buenos Aires, Argentina and based in New York City, pianist and composer Emiliano Messiez is one of the most in-demand tango pianists in the US. With a versatile and unique style, he is equally adept in classical music, jazz, tango, rock and Latin American Rhythms. He has performed worldwide including Lincoln Center and, he was the pianist for “Forever Tango” on Broadway, the West End in London and Puerto Rico.

A prolific composer, Messiez is often commissioned to write, arrange and orchestrate music. Recently, he wrote the music for “The Guava Tree” and “Casa Alfonsa” (both commissioned by Creede Repertory Theatre) and “Bordello,” a musical in development, written by Barbara Bellman. He is the founder and music director of his own orchestra Típica Messiez and several other groups including New York based group the Underground Tango Ensemble. This group recently released the album “El Charrúa”, a tribute to Messiez’s close and personal friend, legendary composer and master bandoneonist Raúl Jaurena.